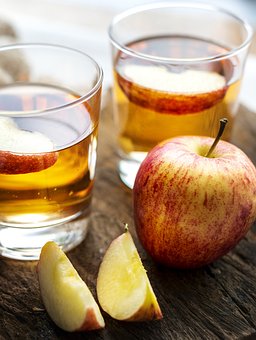 Here, a comprehensive guide to all things apple cider vinegar, including its weight loss and health benefits.

Touted by many as a cure-all health elixir, apple cider vinegar isn’t far off. ACV has long been used as a traditional remedy for a wide array of conditions, from fighting tumors to improving cardiovascular function.

Supports healthy weight loss: Apple cider vinegar has long been touted as a weight loss remedy.  Studies have shown that vinegar also boosts weight loss by increasing energy expenditure and fat burning, reducing fat storage, and increasing the time it takes for your stomach to empty.

Balances blood sugar and cholesterol: Apple cider vinegar keeps blood sugar levels stable. One study found that drinking 20 grams (4 teaspoons) of apple cider vinegar diluted in 40 grams of water before a meal improved insulin sensitivity and reduced blood glucose levels in both insulin resistant and healthy people. Another study showed that both normal and diabetic rats fed with ACV had healthier cholesterol levels, with lower LDL and increased HDL in their blood.

Soothes heartburn and GI distress: Often misdiagnosed, low stomach acid is a common contributor to SIBO and heartburn. SIBO, or small intestinal bacterial overgrowth, looks a lot like irritable bowel syndrome, and may occur alongside of it. A dilution of apple cider vinegar before a meal helps relieve these symptoms by increasing the acidity in your stomach. Apple cider vinegar also contains prebiotics — indigestible carbs that help balance your gut microbiome and keep bad guys like H. pylori in check.

Increases nutrient absorption: Acetic acid can increase your ability to absorb nutrients such as calcium from your food. This is especially beneficial on the Bulletproof Diet, where your nutrients come from whole foods rather than fortified products. Enjoy this benefit by adding vinegar to your meal (add a few splashes to a vinaigrette or sauteed dish) or sipping an apple cider vinegar tonic.

Calms burns and stings: Keep apple cider vinegar on-hand for summer ouches. Apple cider vinegar has long been used to take the heat out of sun burns or stings from poison ivy or stinging nettles. Besides soothing the skin, one study shows that the acetic acid in vinegar also prevents further release of toxins after a jellyfish sting. For this use, soak cotton balls or a dish towel in ACV, and apply directly to the burn for 30 seconds. Avoid areas with broken skin. Since acetic acid is the main player here, and you’re not ingesting the vinegar, it’s OK to use distilled ACV.

Soothes a sore throat: Because of its antibacterial properties, apple cider vinegar makes an effective home remedy for sore throats. Sipping or gargling a diluted ACV tonic can help relieve pain, but make sure to rinse your mouth with water to protect your tooth enamel.

Keeps your home (and lungs) chemical-free: A 1:1 dilution of apple cider vinegar and water makes an extremely versatile and effective cleaning solution for your home. Use it for anything from cleaning windows to stopping mildew, and reduce your exposure to toxic chemical cleaning products in the process. It’s the acidic properties, not bacterial, at work here, so use distilled, filtered vinegar to avoid clogging up your spray bottle.

Quells candida overgrowth: Apple cider vinegar’s antimicrobial properties extend to some fungi as well, including candida, the yeast behind ailments such as  athlete’s foot, thrush, and several gut problems. Sipping a diluted ACV tonic may help with internal candida overgrowth, while a 1:1 dilution with warm water makes an effective daily soak to treat athlete’s foot.

How to use apple cider vinegar in your beauty routine

Apple cider vinegar toner: In place of a regular toner, make an all-natural ACV toner with Braggs Apple Cider Vinegar, or another raw, unfiltered ACV. To make your own toner, use a 1:2 or 1:3 dilution of ACV. The acidity of an ACV toner helps to restore your skin’s pH balance after washing, with the added perk of beneficial bacteria from the mother. Apply with a cotton ball, instead of spraying your face. Even diluted vinegar in the eye is no fun.

Apple cider vinegar for acne: The acetic acid in apple cider vinegar has antibacterial and keratolytic (aka peeling) properties, which can help treat stubborn acne. Just don’t apply it straight-on. Use as a toner, above, or make this quick and easy detox face mask: Mix about two capsules of Upgraded Coconut Charcoal with just enough ACV to make a wet paste. Apply to the face and neck, wait about 15 minutes, and gently wash it away.

Apple cider vinegar as a deodorant: Body odor is caused by bacteria living on your skin. Thanks to its antibacterial properties, apple cider vinegar applied in the armpits can make an effective deodorant. Avoid directly after shaving, since the acid will sting. A 1:1 dilution with warm water also makes a great odor-defeating foot soak. And, fear not; the scent of vinegar dissipates quickly.

Apple cider vinegar for hair: For a clarifying shine treatment, create an apple cider vinegar hair rinse with 1 cup of cool water and 1 to 2 tablespoons of apple cider vinegar. Dry hair does better with less vinegar, while those with oily hair or scalp may prefer more. Pour the mixture into a squeeze bottle and douse your hair and scalp after washing. Let it sit for 2 – 3 minutes before rinsing. The ACV rinse leaves your hair shiny and soft without using chemicals, and the vinegar smell quickly rinses away.

How to select the best apple cider vinegar